The concept of digital currency was invented in the year 2008 by unknown entities going by the name of Satoshi Nakamoto. The currency was named Bitcoin and was made available to the public, through a process known as mining, by 2009. In the wake of the global financial crisis, Bitcoin was created as a way of decentralizing currency and handing the autonomy of money back to the people. Up until 2016, there were no reforms and policies regarding cryptocurrency in the global finances. But after 2016, the concept started gaining traction in the local as well as international markets.

The first official use of cryptocurrency was when someone bought two pizzas and exchanged them for 10,000 bitcoins in 2011. Little did they know, that they were handing out something that would be worth millions today. But people really noticed bitcoin when the biggest bitcoin exchange “Mt. Gox” went off the internet, inherently stealing 850,000 bitcoins that was worth around 450 million dollars in 2014. After that incident the security and policies regarding cryptocurrency was strengthened. Soon after bitcoin became popular came the age of cryptocurrency where there was a new currency every week. But not all of them gained the popularity of bitcoin. The currency that gave bitcoin a tough time in the early days was Ethereum which was introduced around the same time companies started incorporating blockchains and ICO smart contracts in their businesses. In 2021, there are several currencies that threaten to topple the monarchy of Bitcoin such as Ethereum, Dogecoin, Litecoin, Tether, Stellar Lumens, Binance Coin and Cardano.

The biggest advantage crypto has over traditional money is that it is free of the bounds of countries and governments. To conduct a crypto transaction, one can simply transfer the number of coins without the hassle of taxes and other security protocols. But this growing pervasiveness in the international marketplace calls for a governing body to keep an eye out for those who seek to abuse these borderless transactions. Lawmakers need to work side by side with IT experts to introduce polices that will guide the world towards a better future.

In 2021, a webinar was hosted by Absa in participation with the World Economic Forum (WEF), the Global Futures Council (GFC) and the Financial Action Task Force (FATF) regarding the problems these cryptocurrencies pose and how to tackle them. The biggest threat they pose is that the criminals who possess large amount of currencies can choose to “cash out” quickly and anonymously. This holds the potential to disrupt the crypto market as well as the economic conditions of the country. The Bank of International Settlements (BIS) says that these currencies do not represent real money but instead are stocks and assets that can be used for illegal activities such as money laundering, ransomware attacks and any or all financial crimes. Another issue that was raised is that the unpredictability of change in the value of cryptocurrencies does not allow it to be an asset. Due to the fact that something that does not physically exist and is worth thousands of dollars right now could disappear tomorrow and nobody could be held responsible.  It is common knowledge that this is an evolving industry and it could present the world with new challenges with every technological advancement, thus it is necessary to develop the policies side by side.

There is only one way to ensure that the cryptocurrencies are not being used to bring more harm into the world and that is to create a body that monitors and regulates every transaction. This is physically not possible as that would require tremendous amount of computational power and funding. In retrospect, FATF introduced policies for every country to assess and mitigate the risks associated not with the clients but with the agencies that provide cryptocurrency services for their respective countries. These policies called for the users to be properly registered and vetted by the crypto service providers to ensure that no illegal activity is being conducted on their expense. These guidelines have challenged the roots of cryptocurrency by asking to remove the anonymity filters and enabling the governing bodies to collect data about the transactions and process the data to weed out illicit agendas. These guidelines are being updated regularly and only aim to improve the world of cryptocurrency with innovative and secure transactions.

In the recent years, there has been a lot of crypto activity in Pakistan. As there is no proper infrastructure to track and monitor the volumes of cryptocurrency trading, Leed Software Development in Pakistan is developing a digital platform as the basis of crypto architecture in Pakistan. They aim to fill the gap of a proper software available for crypto trading in Pakistan. 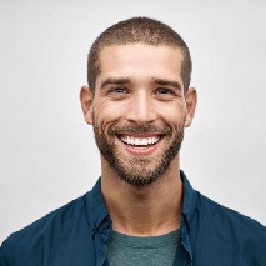 I am a new blogger looking for experience and growth.